Edinburgh Fringe is the biggest arts festival on the planet. And second most ticketed event on the planet after The Olympics.

At Festival time though, Edinburgh is chocka, while many shows aren’t. So we made what at the time felt like a radical departure from the traditional approach of advertising outside of Edinburgh in advance of the festival – and instead we targeted those who had already decided to come – encouraging them to buy just “one more ticket”.

Digging into the festival’s history, we found that the spirit of rebellious risk-taking had been embedded since the start. In 1947, eight theatre groups turned up uninvited to play the first ever Edinburgh Festival and were turned away. In defiance, they decided to play anyway, creating the world’s first ever festival “fringe”. 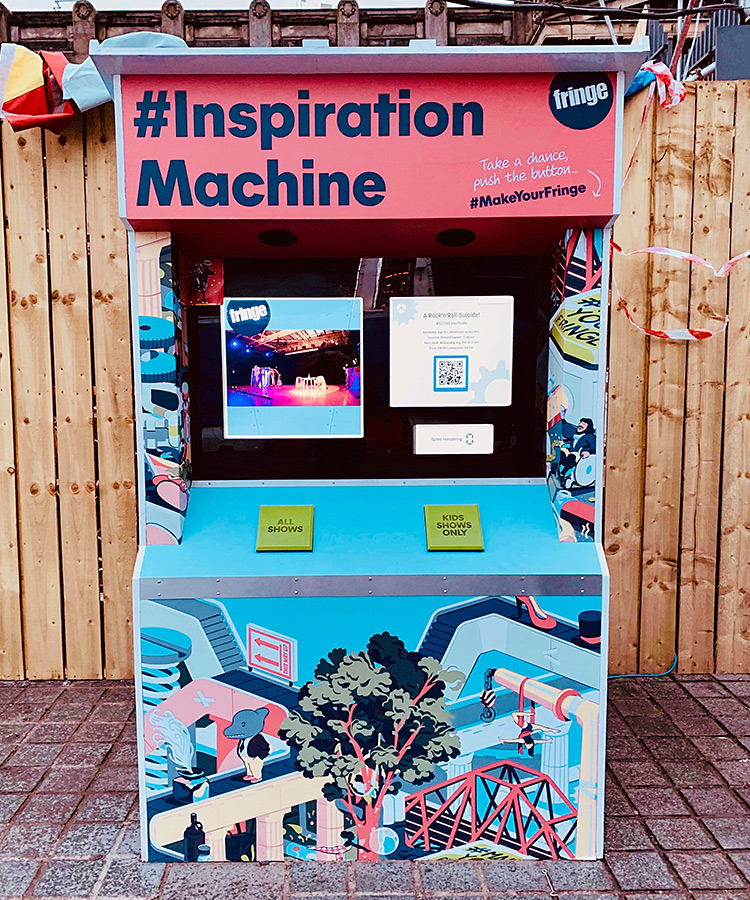 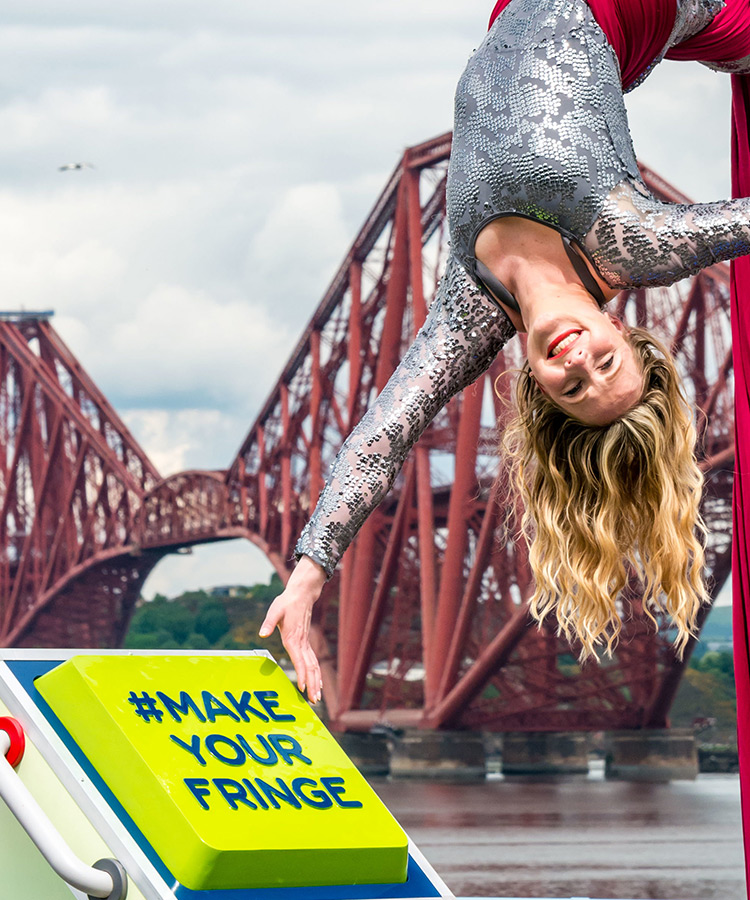 We drew upon this to get to our insight – that the best festival experiences are often unplanned, serendipitous moments – and that buying one more ticket was like an asymmetrical bet. A small ‘stake’ or risk has the potential to be hugely rewarded; Life changing even.

This became our big idea, that Taking a chance could Make Your Fringe. 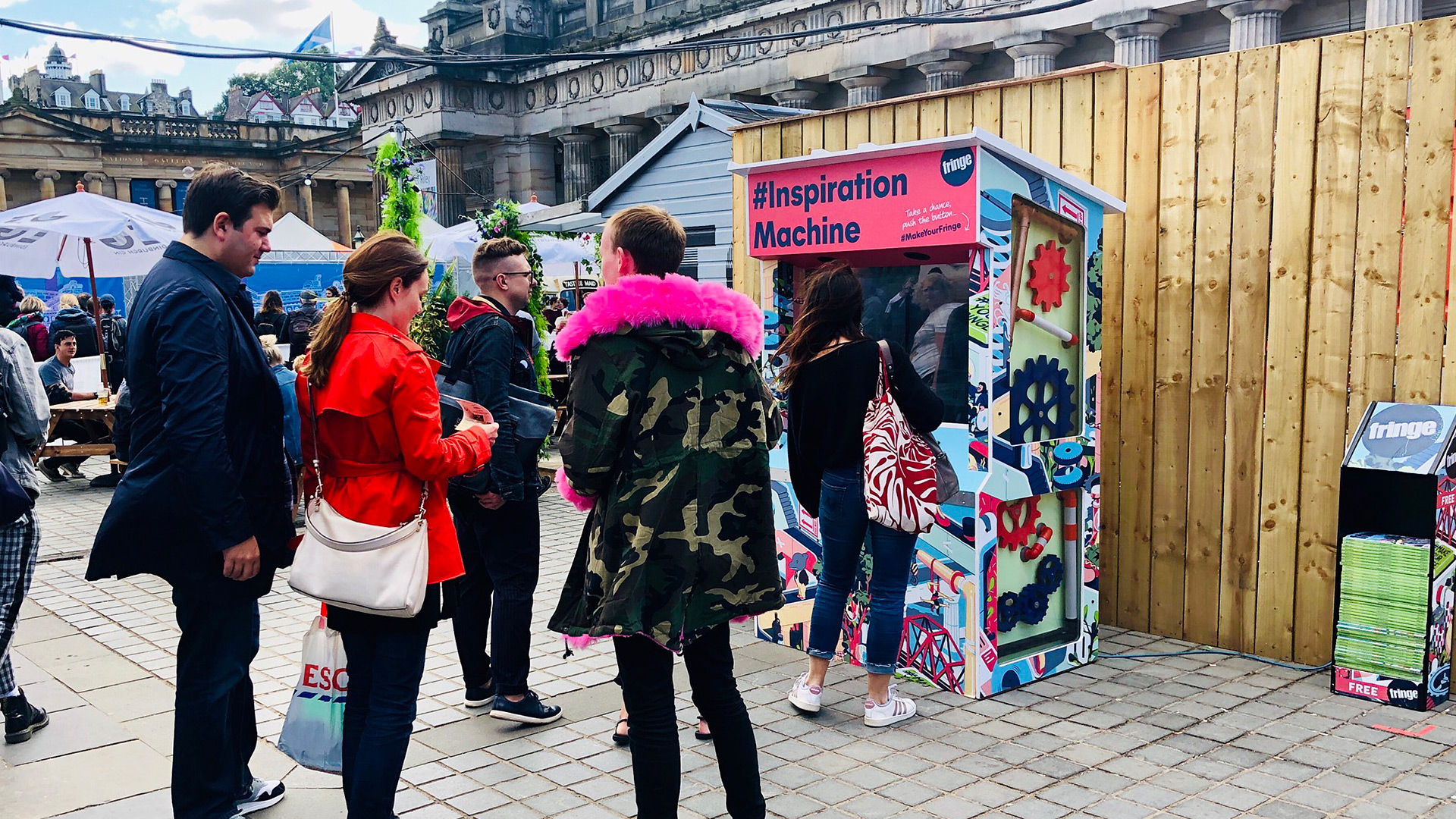 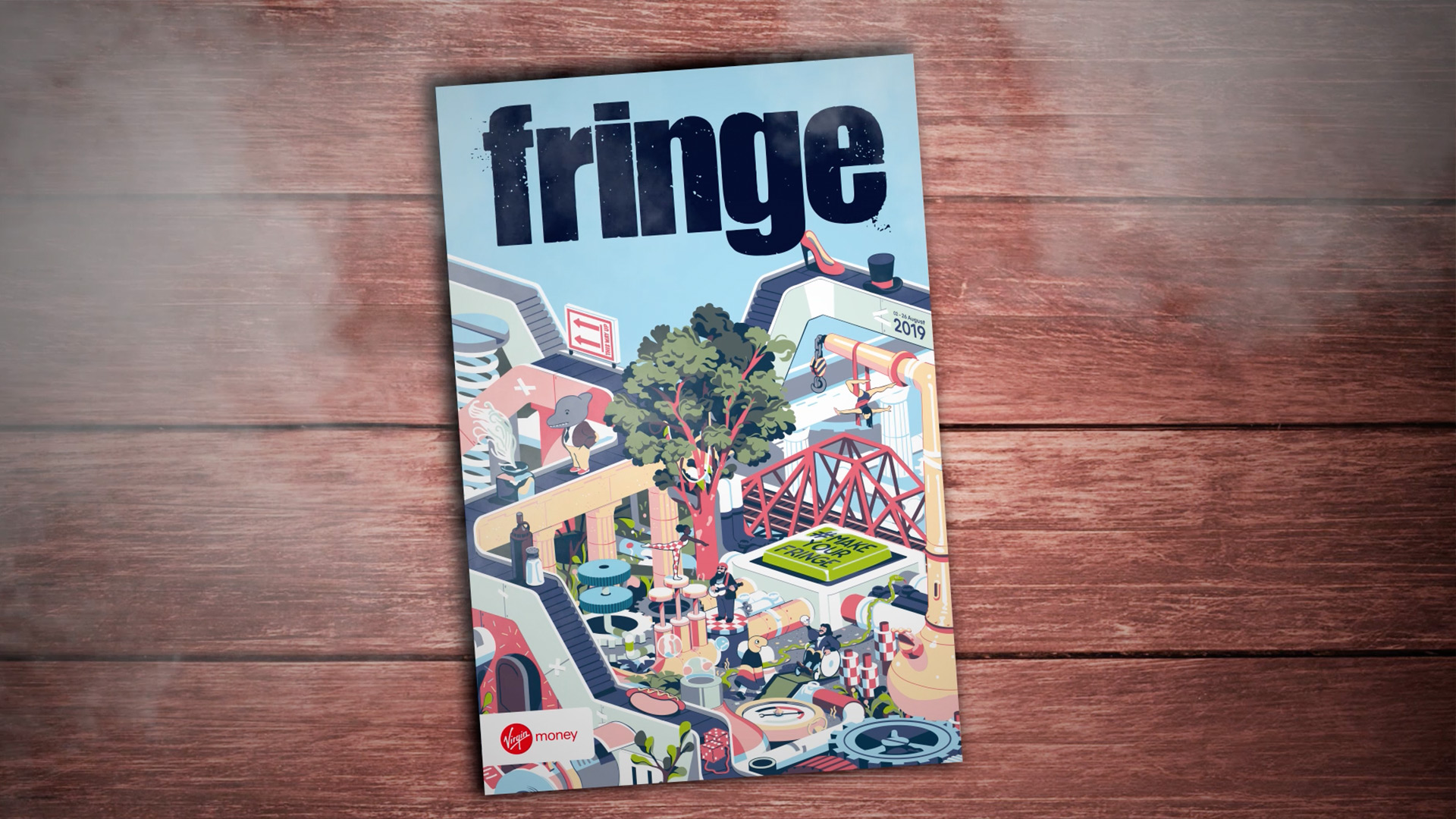 Our integrated, through-the-line communications programme (with over one hundred creative pieces) saw us create a playful and colourful brand world that came to life everywhere from an iconic programme cover (created in collaboration with renowned French illustrator Bruno Mangyoku), to events and experiential, innovative digital ads and apps, an experiential inspiration machine and more.