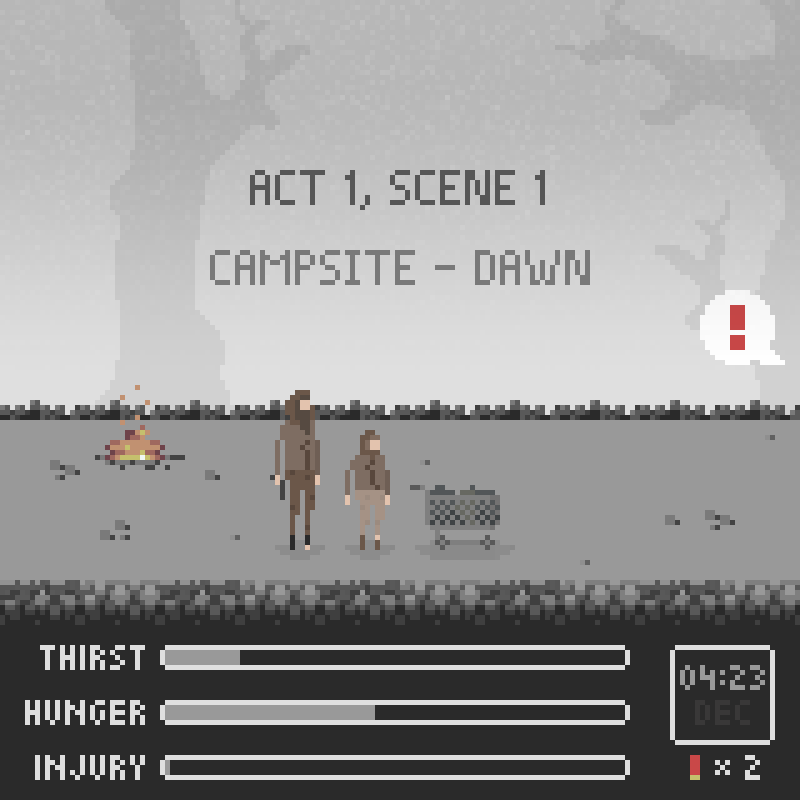 When the half-day project initiative was announced here at Bright Signals, I imagine that my reaction was fairly typical of everyone in the office – excitement tinged with bewilderment. What on earth am I going to do? A half day a week to improve my skills, learn something new or make a really cool thing is a pretty broad brief, to say the least. The world really was my oyster, in a strictly metaphorical sense of course.

That said, some of the stereotypes really are true. Like a true generic mid-30s man, I’ve always been really into video games (although they were ‘computer games’ when I was starting out) and they’re still a big part of how I spend my free time.

As well as this, I also spent the latter part of my time at university and the early part of my career designing and developing games using that long-dead infamous platform Macromedia Flash (latterly Adobe). Time marched on, though, and my career had moved away from that sort of thing towards more straightforward design work and this – as well as the timely death of Flash itself – meant that I hadn’t done any real game work for something approaching a decade.

It was a fairly easy decision, then, to resurrect this long-dormant skill and bring my game development up to speed by designing and developing games using HTML5, so they’d run happily in most browsers without needing plugins or so on. A nice, easy, straightforward project to get me going, and one that didn’t require the purchase of any expensive hardware or software. Or so I thought. Didn’t quite work out that way, as I shall explain…

Because I was out of the game for so long, I thought that starting small would be a good idea – rapid prototyping of basic game mechanics and so on. Out of this grew the kernel of an idea. I’d always enjoyed playing things like WarioWare Inc. and the like – compilations of games that consist of a 5 or 6 second scene with a single interaction. This felt like a fun fit for what I wanted to do, but perhaps slightly expanded – not full games, but not tiny microgames either. With that decided, I just needed a theme to create the games around – something ideally that hadn’t been done before, because I’m awkward like that.

When I was younger (and up to relatively recently, in fact) the licenced movie tie-in game was an almost sure sign of a terrible product. Usually turned around in a preposterously short timespan and generic to a fault, these games were usually bought by well-meaning but clueless parents or eager fans of the parent property who ended up being swiftly brought back down to earth when they realised what their hard-earned cash had bought them. Sure there were a few notable examples that have earned their place in history as classics –  Teenage Mutant Ninja Turtles in the arcade, for example – but otherwise they were usually just at best average.

During the 1990s particularly, there was a trend of films that were completely inappropriate for children being used as the basis of games that were explicitly targeted at them, although of course sanitised (Bram Stoker’s Dracula on SNES, I’m looking at you), and so with this in mind I thought that it might be interesting to take things a step further than that – how about films that would never be considered for the licenced game treatment? Most of the output of filmmakers like Lars Von Trier or Werner Herzog wouldn’t exactly be the basis for a Christmas bestseller, for example.

While I didn’t want to go too extreme for my first foray, I decided on a suitably bleak property to base the initial game on – Cormac McCarthy’s famously bleak novel ‘The Road’ – latterly a film which was similarly desperate in tone. What could be a better setting for a side-scrolling Streets of Rage-style adventure brawler? Perfect! Don’t forget your shopping trolley!

Part of the fun in making games for me is that I’m in control of both the artwork and the gameplay experience, so I started by producing some concept artwork of what I wanted the game to look like. I’ve worked with pixel art before, so I was comfortable working up some roughs fairly quickly. These were purely flat images, created in Photoshop. You can see that I initially had lofty ideas for the in-game experience – more of a survival simulator that it ended up being! That’s still something I’d like to revisit, I think. 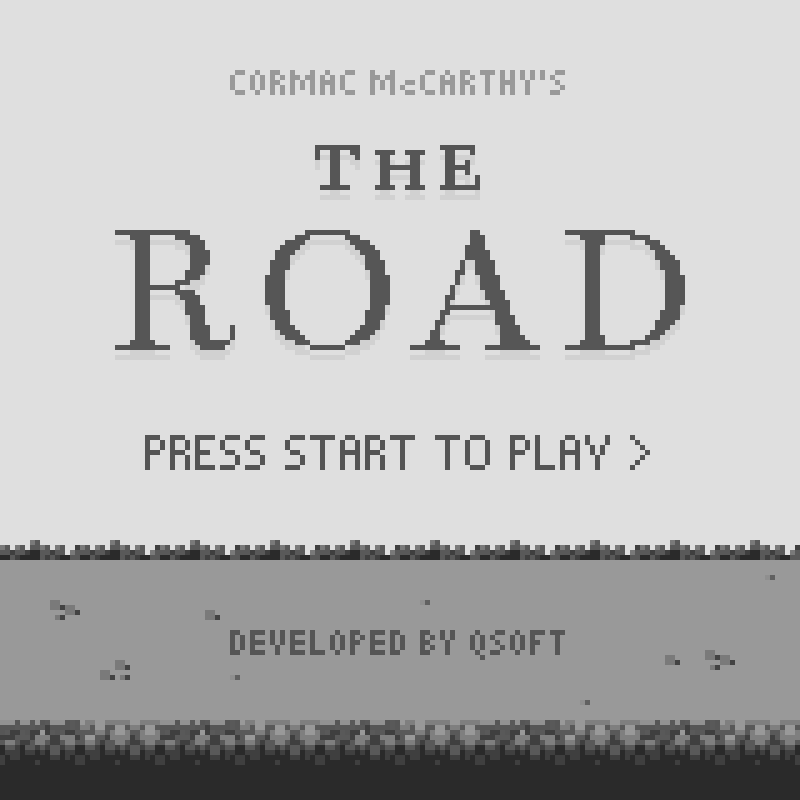 Once that was out of the way and I was happy, it was on to actually building a working prototype – the tricky part. I knew that a few of the in-house games that Bright Signals had produced prior to my joining the firm were made using Scirra’s Construct2, which uses a simple part-visual part-syntax system to produce HTML5 games. It’s aimed at people who can’t or don’t want to entirely code their games by hand, which worked for me and my level of expertise.

It took me a fair while to get to grips with the program, which was made slightly tricker by the fact that it only comes in PC flavour, so I ended up installing Windows 10 on the Boot Camp partition of my Mac laptop and running it like that. Once I’d started to get familiar with it – and produce some very, very rudimentary prototypes (thanks in large part to the wealth of online resources available for Construct2 and the guidance and wisdom of Grant here at Bright Signals) – I began to see what I wanted come to life, with a lot of trial and error along the way!

The key elements that I wanted to emulate (already straying from my self-assigned brief of a micro-esque game) to keep that Sega 1980s feel were:

-Parallax scrolling backgrounds to give a sense of depth

-Updating UI based on health and ammunition

-Animation states for the player character and the enemy character

-Goal when the player reaches the end of the stage

I’m surprised to say that I did indeed manage to get all of these in – although it was certainly with a lot of headscratching and problem-solving. Luckily for me, Construct2 has lots of built-in pre-prepared behaviours, as it’s aimed specifically at making games, so creating that scrolling background (and setting different scroll rates for different layers) was simple, as was spawning bullets from the player’s gun (provided they had sufficient ammunition) and other behaviours as simple as 4-directional movement that would have been a bit of a headache doing using code (something I remember from my Flash days!) were a doddle, relatively speaking.

Bit by bit over the weeks I worked on my prototype, until it wasn’t a prototype any more and I had more or less a finished game on my hands. I spent a while fettling around the edges and making little changes here and there, but eventually realised I was done – like most creators, I wasn’t able to see when I was finished until long after I had! That said, I was more than happy with my first attempt at creating a game using Construct2.

Looking back, I’d say that the most enjoyable part of the experience for me was creating the animations – the player has four main states, which are idle (standing on the spot), walking, dying and firing his weapon (which actually involved three separate animations linked together – raising, firing and lowering). The enemy has just three – the same as the player, but with no idle state as he’s programmed to always approach the player’s position. Construct2 is great at handling animation – it even slices up imported transparent PNG sprite sheets into individual frames to save time – and it’s easy to trigger the animations based on input, or other events in the game. Seeing the characters come to life so quickly really spurred me on with the rest of the work needed.

If there’s anything that I’d like to add in now that I’m finished (for now…) it’s that I’d originally planned to make the game a little closer to the source material in that I wanted to add in a shopping cart that you needed to push towards your final destination, all the while still fending off bandits. It didn’t happen in the end as it was a fairly complex addition, but one for the next time round!

Play the game here – Arrow keys to move, and Z to fire

After I’d created The Road, I started to work on a second prototype – this time emulating the top-down driving game made famous by the likes of Spy Hunter, with a little less strictness about the inappropriate movie properties this time, but I haven’t gotten too far in – the initial artwork stage again was fairly quick, and building a working prototype was easier this time round owing to my knowing more about Construct2, so the game works as in the road scrolls, your speed can change and traffic randomly spawns as you drive (colliding with which ends the game) and also includes a few NYC easter eggs to boot. 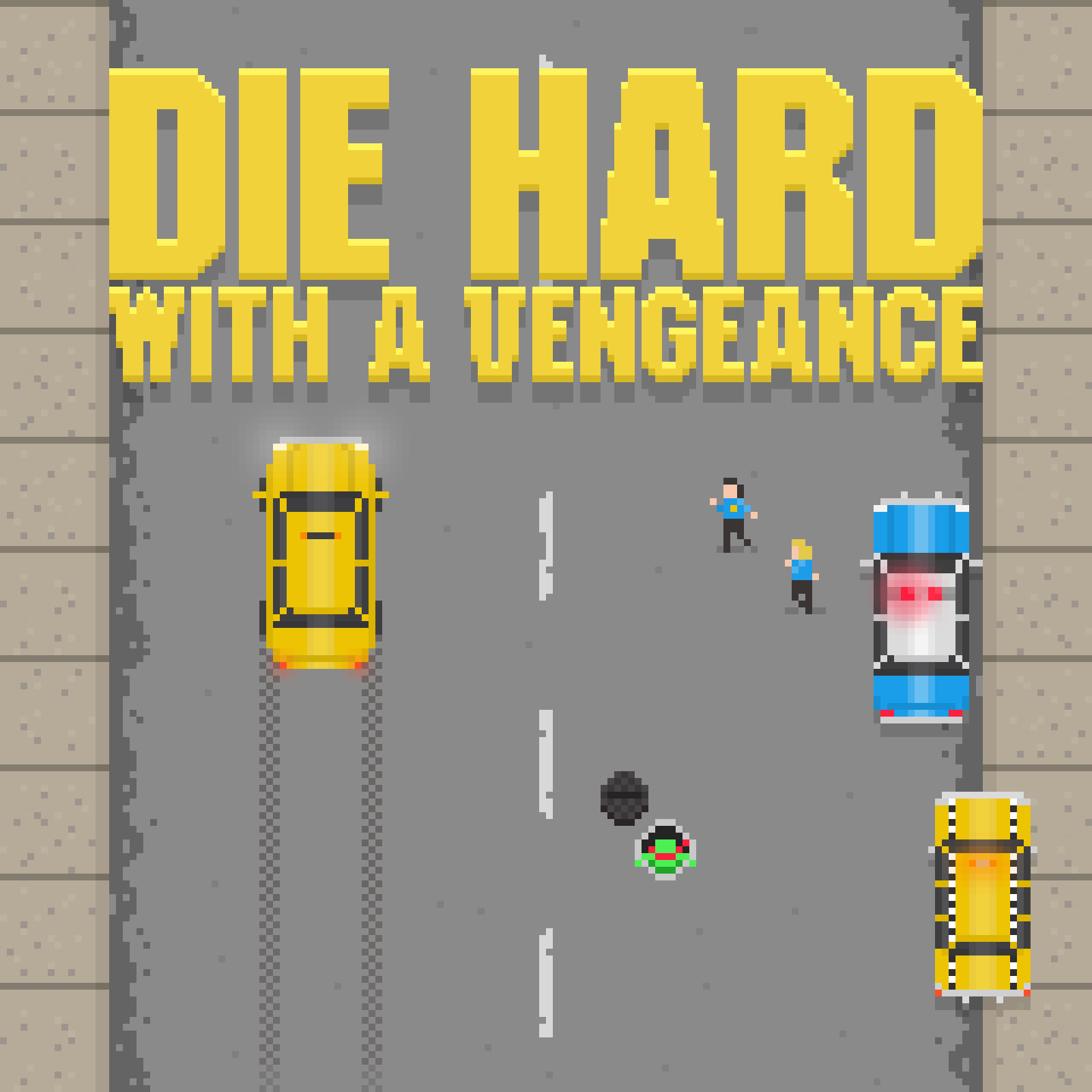 The reason that I didn’t get much further, however, is that another side project of mine that was related to making games started to take over…