How we did it: Rude-olph 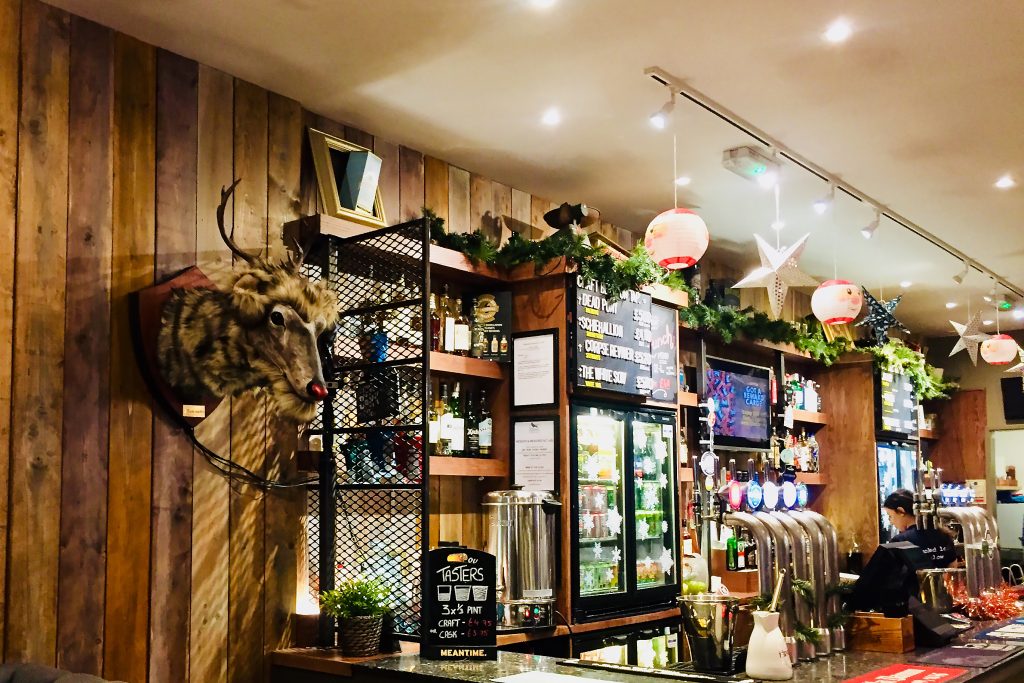 Rudolph used to be Santa’s favourite reindeer. But then he got old, flatulent and rude, so Santa had to let him go. These days Rudolph — or “Rude-olph” as he’s now known — earns a crust by entertaining customers in pubs across Scotland.

Rude-olph is our latest electronic installation/stunt for Tennent’s Lager. He was designed and built from scratch in-house, using the artists, makers, hardware and software engineers that we have at Bright Signals. 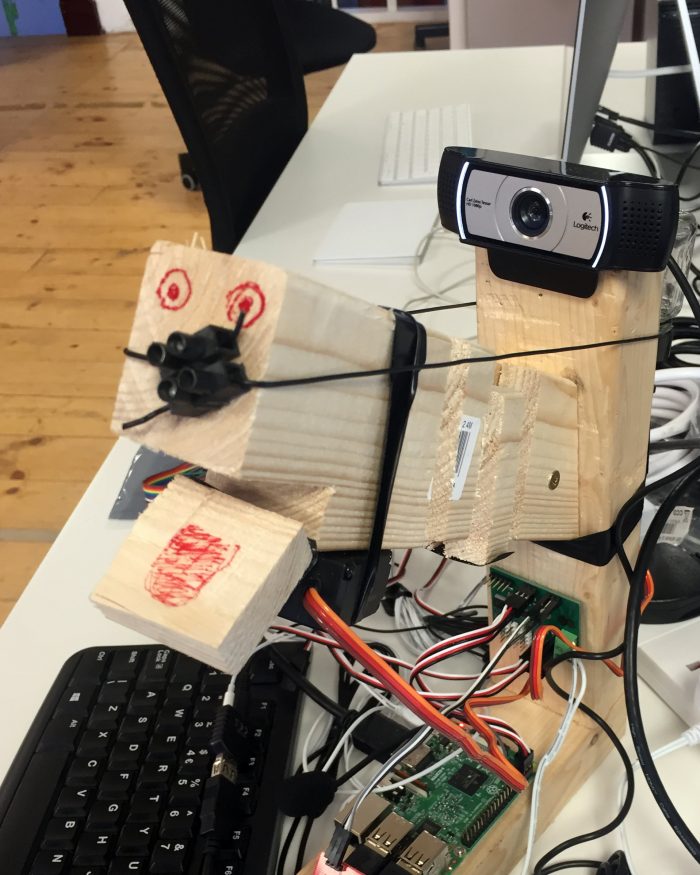 Our starting point with Rude-olph was to build a development mule. This was knocked together in an afternoon using some spare timber we had lying around in the workshop and a couple of standard servo motors hooked up to a Raspberry Pi.

We decided to base his neck movement around a flexible spine to give a more realistic animal movement than you’d get from a fixed hinge or pivot. This neck movement is driven by a pulley and servo setup which, on the prototype, actually uses a small jam jar as the pulley mechanism.

With the movement prototyped, it was time to move onto the full-scale build…

We wanted to keep Rudy lightweight, so we based the head around a foam model. Motors were added to give the mouth movement, and LEDs embedded to give Rudy his trademark glowing nose. 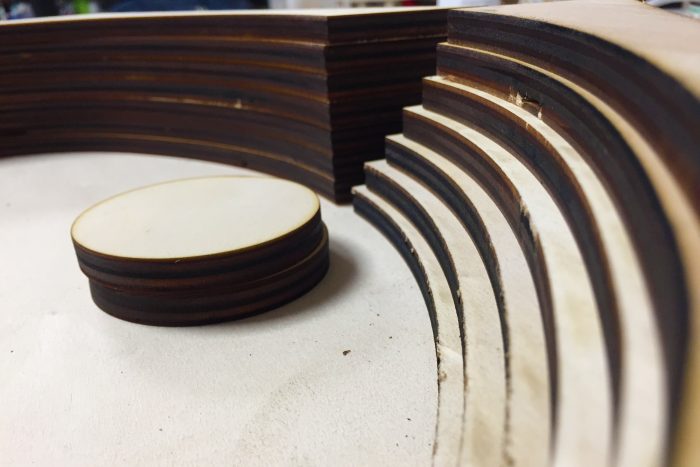 For the main neck movement we opted for a heavy duty 270° servo from DF Robot, mated to stainless steel cables that run the length of Rudy’s neck. This combo gives us a good degree of movement whilst retaining the full 15kg-cm torque of the metal geared servo.

We wanted to keep Rudy as much of a ‘standalone’ unit as possible, so we packed the Raspberry Pi, servos, microphone, speakers and other components into the shield that Rudy is mounted to. To give the shield as much internal space as possible, whilst at the same time minimising weight and thickness from the wall, we designed and laser cut a custom shield out of plywood. Over a dozen pieces slot together to form a shield that looks solid, but provides all the space and cable management required for Rudy’s electronics. Once the mechanical construction was locked down we moved onto the appearance. 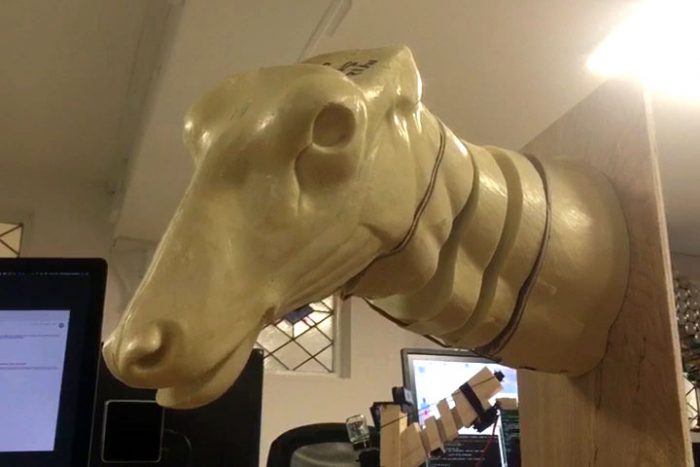 Our in-house artist used faux fur and paint to give Rudy his final look, which exceeded all of our expectations. The one remaining challenge was his eyes: the ‘realistic’ reindeer eyes we sourced from a taxidermy wholesaler were a bit gruesome, so we made a last minute dash to our local toy shop — fortunately, they had some stuffed toys that were able to donate their eyes to our project.

Rude-olph’s software is entirely web-based, allowing us to control every aspect of his movement and vocabulary from a web browser — either on a laptop or smartphone. All of the software was built and tested on the development mule while the rest of the team worked on the physical appearance of the full-size version. 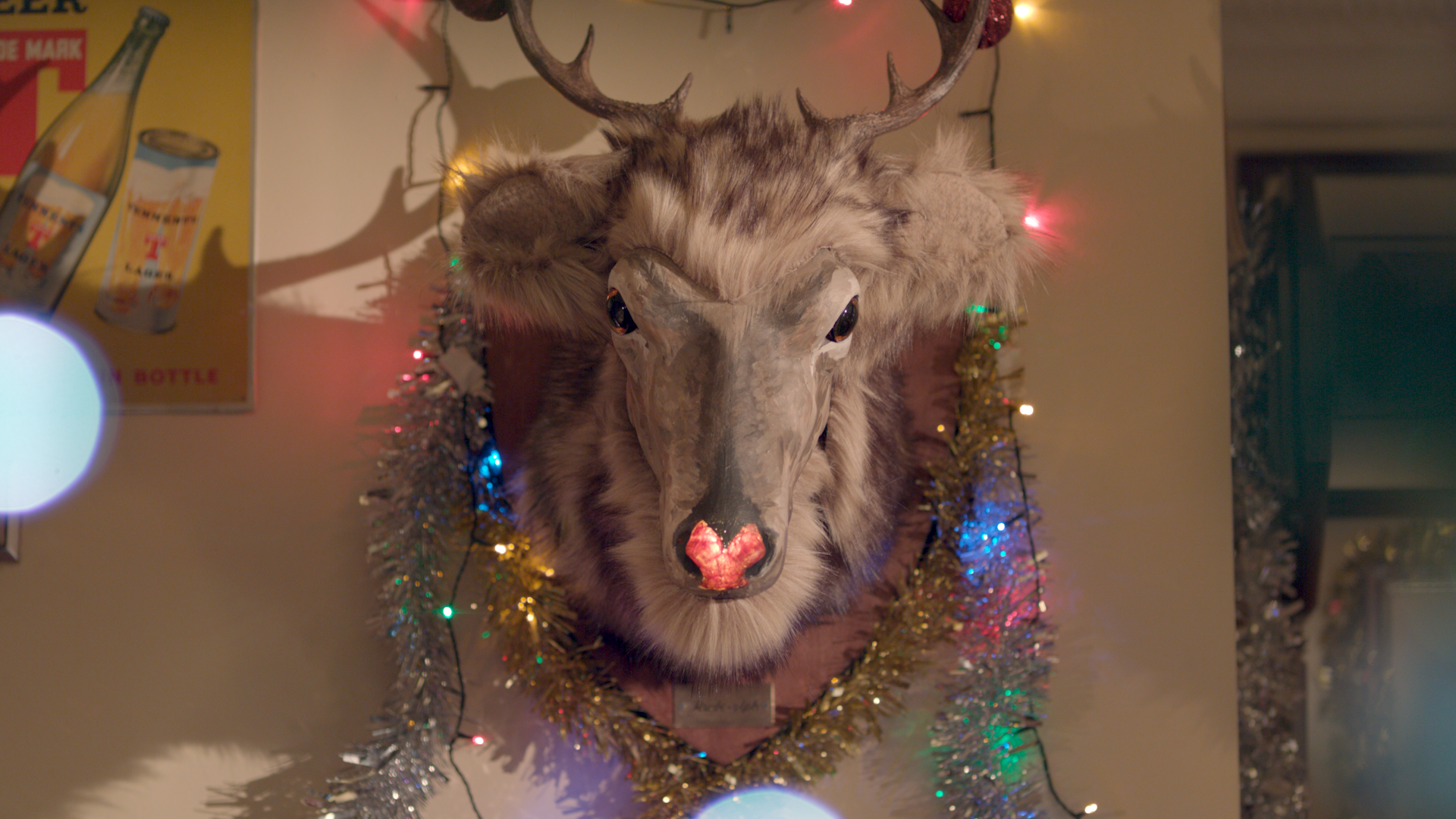 To showcase Rudolph in all his glory, we created a launch video showing off his patter and giving punters information on where they can find him during the run-up to Christmas…check it out here.