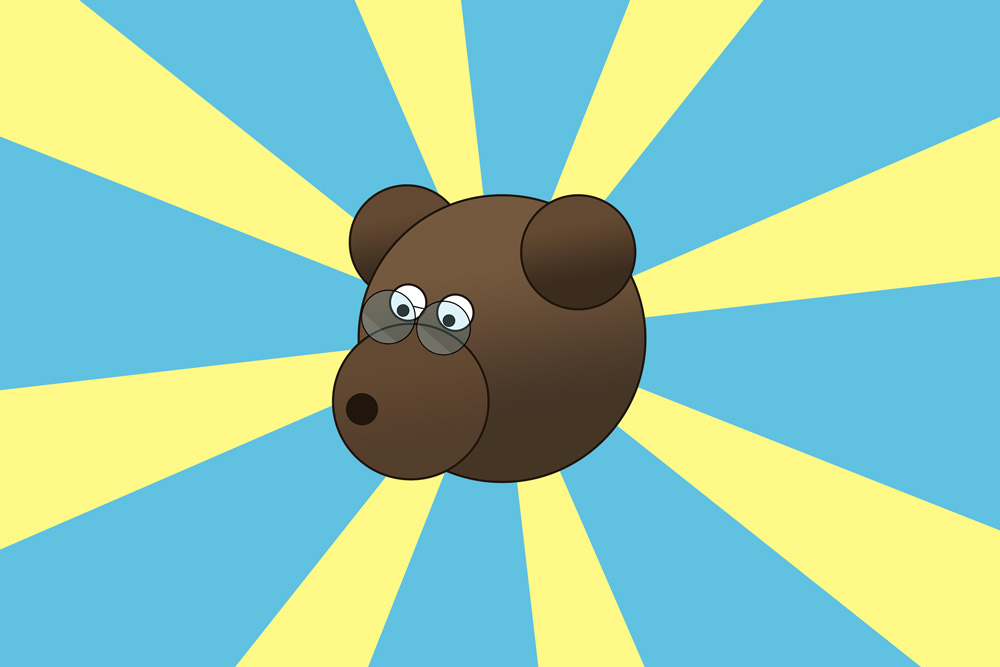 The quiz that has had our office and users around the world pushing for that perfect daily 5 out of 5 score, Fraser talks about his Space Day creation, QuizBear.

QuizBear is a Facebook Messenger bot which, every day, sends out a challenging 5 question general knowledge quiz to its users. Developed over the course of a few creative half days, it was an opportunity to explore and learn about the possibilities surrounding Messenger Bots, something Bright Signals had never created before.

The idea for QuizBear came to me simply by thinking creatively about what would be possible given Facebook’s fairly restrictive policies controlling what bots can or can’t do. The most challenging of which means you need to come up with some way of constantly receiving data from your users (i.e. not just sending) as otherwise Facebook assumes they’re not interested and blocks you from messaging them. What a better way than a quiz, where users are actually rewarded for responding, to ensure this kind of behaviour.

QuizBear’s functionality is down to what’s called a webhook. This is basically a website which communicates purely with data rather than a front end user experience. When you chat to QuizBear or answer a question, your message is sent to my server via Facebook, I handle it with code, and send the response back to Facebook via its API. The great thing about this is it allows me to track data about each individual user (for example how many Science & Nature questions they’ve got right) which allows me to ensure that no user will ever get the same question twice, and provide them with daily stats.

One of my goals with QuizBear was to make it seriously challenging, remembering back to playing the likes of Bamboozled on Teletext as a kid – I wanted to give it that addictive style of gameplay where getting 5 out of 5 was a rarity, and therefore felt genuinely satisfying. The problem with this was that the platform, by its nature, pretty much requires that the questions be multiple choice, as if I had allowed free-form text answers there would have to be a lot of very complicated logic written to recognise answers which were correct but perhaps typed or spelled in an unexpected way. So, multiple choice was the only real option. In order to do this but maintain the challenge I tried to ensure that the answers would always be sufficiently similar (or feasible) that you still had to have a pretty good idea to get it right. The funny thing about this was, if you present people with a number of feasible options to a pretty easy question (“What’s the largest desert on earth?” for example) they suddenly start to second guess themselves or think it’s a trick question – it makes hard questions easier, and easy questions harder.

The next challenge was remembering that this is specifically a ‘chat’ bot, not just a static experience, so to this end I wanted to make sure it felt genuinely interactive and, to some extent, ‘alive’. To achieve this, there’s a large degree of randomisation in everything he says – every time he notifies the user of a new day’s quiz for example, you’ll get a random greeting, random intro message and random emoji (all from a pre-written pool) combined into one sentence, meaning users would rarely see the same combination twice (at least not in quick succession). This also applies to the end of the game and after each question is answered. I also introduced a few little easter eggs, so if users just in normal chat said things like ‘I love you’ or swore at QuizBear, they would get a little canned response.

After launch, a few issues quickly became apparent. The main issue was that he worked perfectly on my development server with 1 user and a perfect internet connection, but as soon as he was introduced to the real world and patchy 3G signals there were many issues with him losing track of what question users were on, which introduced a number of bugs. Gradually I developed a more reliable system of state tracking, which has made him a lot more reliable. There were also issues with user retention, again due to Facebook’s fairly strict policies on who you can and can’t message (and when) – this is an ongoing issue, however a lot has been learned from this and I think QuizBear is pretty much as effective as he can be in this respect.

Since launch around 4 months ago, with minimal advertising (80% of growth is purely through word of mouth, plus a couple of small Facebook ads to test the waters) QuizBear has sent out well over 60,000 questions to hundreds of users around the world and continues to grow. If you haven’t played yet, give it a go at https://m.me/quizbear