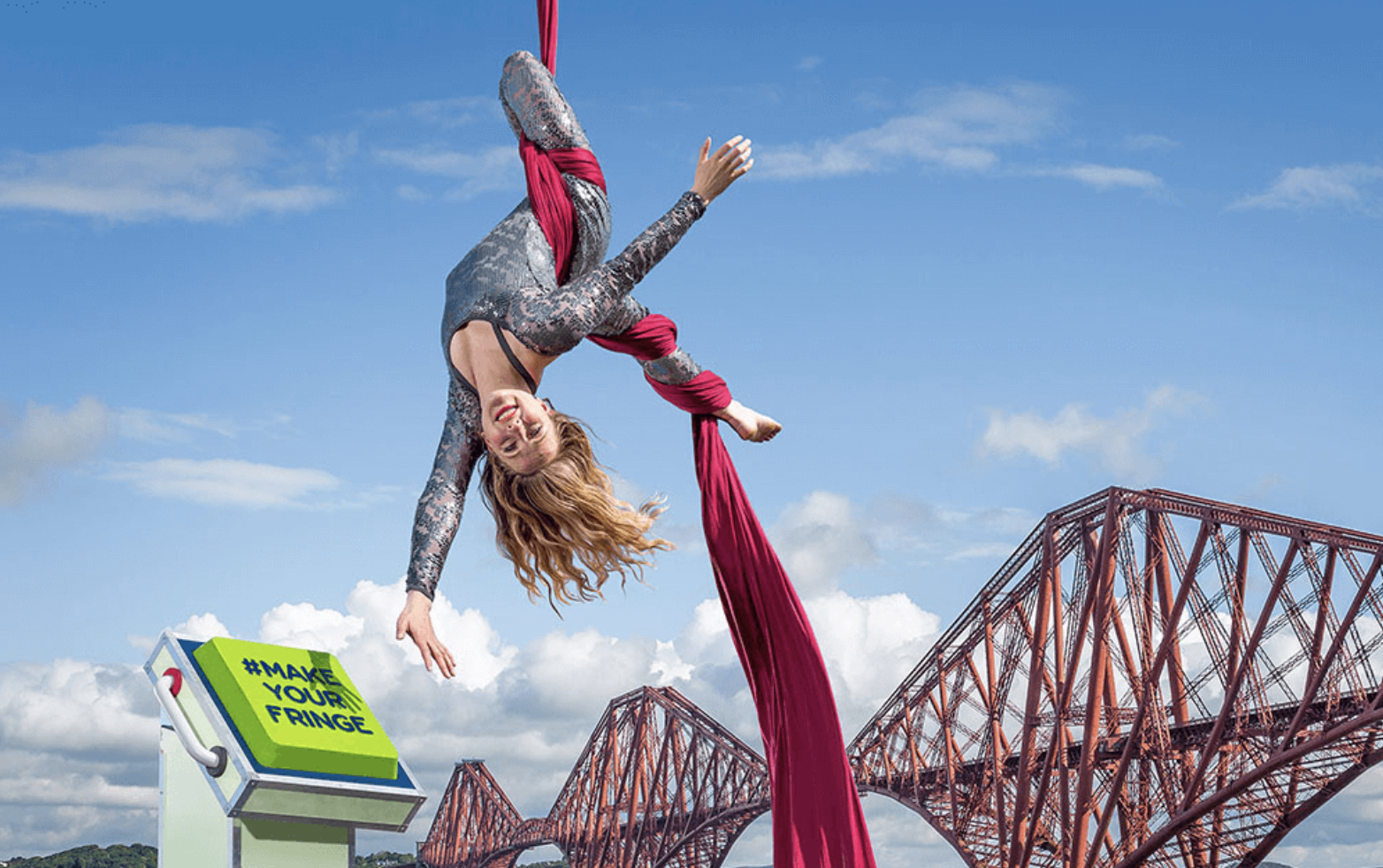 The official programme for the 2019 Edinburgh Festival Fringe has just launched and we’re incredibly excited to be a part of it. As creative agency to the Fringe Society we partnered with Paris-based artist Bruno Mangyoku to design the programme cover. We think that the end result (which you can see in the video below) is the perfect complement to the latest edition of the world’s largest festival and will pump up the anticipation levels for performers and audiences alike.

The cover of the programme is only the first step in our new relationship with the Fringe though; we’ve also worked with the team at the Fringe Society on the conception and development of the #MakeYourFringe campaign. We started with the insight that the Fringe offers so many possibilities (with over 3,500 shows being a part of it) that it’s possible to create an entirely bespoke experience for yourself just by taking a chance. The campaign will inform and empower (and we’re not just using that as a buzzword – that much choice can risk feeling overwhelming) audiences to do just that.

Of course, without the performers themselves then there wouldn’t be any audiences. That’s why our work across the Fringe will also celebrate the performers and ensure they feel they have another platform to express and promote themselves from. Over the summer you’ll be seeing our animated creative across digital display, print and social media. Other parts of the campaign that we’re looking forward to pushing into the wild are our FringeMaker web-game and two real-word interactive installations; a giant-sized #MakeYourFringe button and the upcoming Inspiration Machine installation. All this and we’ve also found time to work on the development, design and build of a consumer giveaway microsite for Fringe sponsor activation.

In everything we do, we’ll be celebrating the opportunity to #MakeYourFringe.